“Blessed are the meek,” Jesus explained.
Blessed are the available.
Blessed are the conduits, the tunnels, the tools…
That’s why the announcement went first to the shepherds. They didn’t ask God if He was sure He knew what He was doing.
Had the Angel gone to theologians, they would have first consulted their commentaries. Had he gone to the elite, they would have looked around to see if anyone was watching. Had he gone to the successful, they would have first looked at their calendars.
So he went to the shepherds. Men who didn’t have a reputation to protect or an ax to grind or a ladder to climb. Men who didn’t know enough to tell God that angels don’t sing to sheep and that messiahs aren’t found wrapped in rags and sleeping in a feed trough…
So… While the theologians were sleeping and the elite were dreaming and the successful were snoring, the meek were kneeling. They were kneeling before the ONE only the meek will see.
The shepherds were utterly changed after the news… ARE YOU?

Exerpt from One Incredible Moment, by Max Lucado

When a sister so precious to my heart, leaves her sunny Arizona to share Christmas in our freezing cold Edmonton, it is pure joy!! 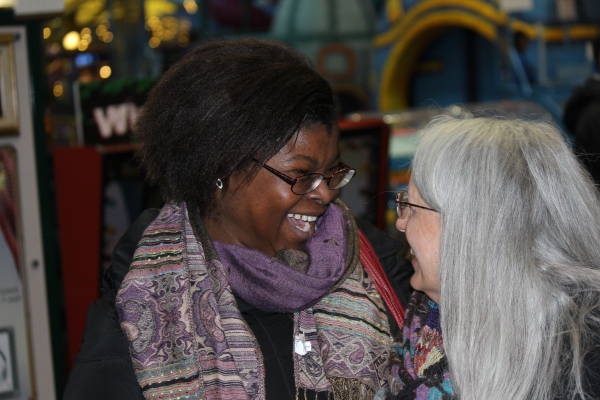